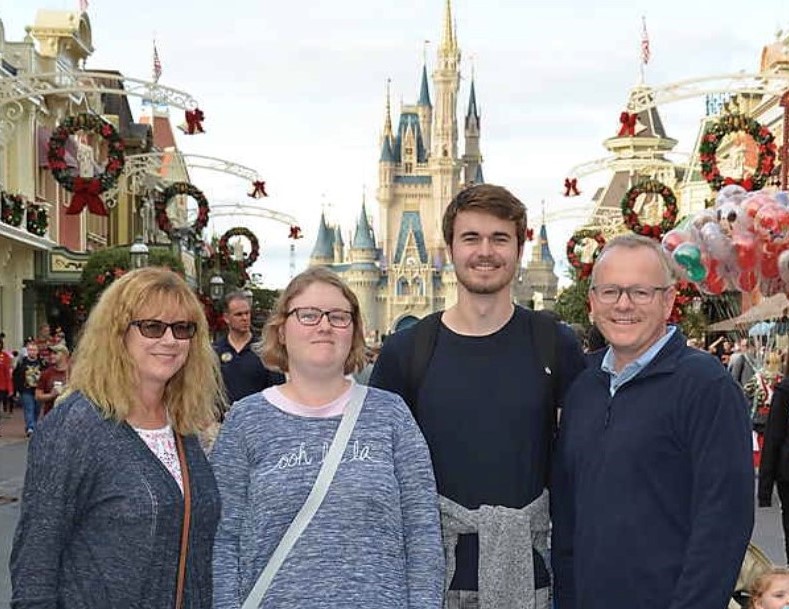 Stephen and Sarah were walking along the beach, enjoying a day out in Worthing when the hoarding of a new seafront development caught their eye. It was April 2018 and work had begun on the Bayside Apartments.

Originally from Epsom, Stephen and Sarah had enjoyed holidays with their children to their static caravan in Weymouth for ten years and had always hoped to have a second home near the sea one day.

Stephen said: “We probably spent over two hours going through the various options with Max. Our main concern was our daughter’s well-being, as she has additional needs. We wanted her to be as independent as possible in a safe environment. We liked the fact the building would be safe and secure.”

In addition to the building having secure entry systems and security cameras, each one of the Bayside Apartments benefit from concierge, residents’ lounge, private pool and fitness facilities and a communal residents’ garden facing the sea.

Stephen added: “What attracted us was the idea of a private pool, health club and residents’ lounge – it’s very different from anything else we’ve come across.”

The construction is rapidly progressing and over 60% of the homes have now been reserved. Stephen and Sarah were the very first people to exchange contracts at Bayside Apartments on 18 June 2018. As they are not local to Worthing they have enjoyed hearing the regular updates from Roffey Homes and the Michael Jones team, building up the excitement until the day the construction is complete and they receive their keys.

Stephen commented: “The whole experience from walking past the development to exchanging contracts a couple of months later was very smooth. It’s the way everything should be in life!”

To commemorate Stephen and Sarah being the first people to exchange contracts, they will be joining the teams from Roffey Homes, Michael Jones and Symonds and Reading for the official topping out ceremony at the beginning of October 2019.