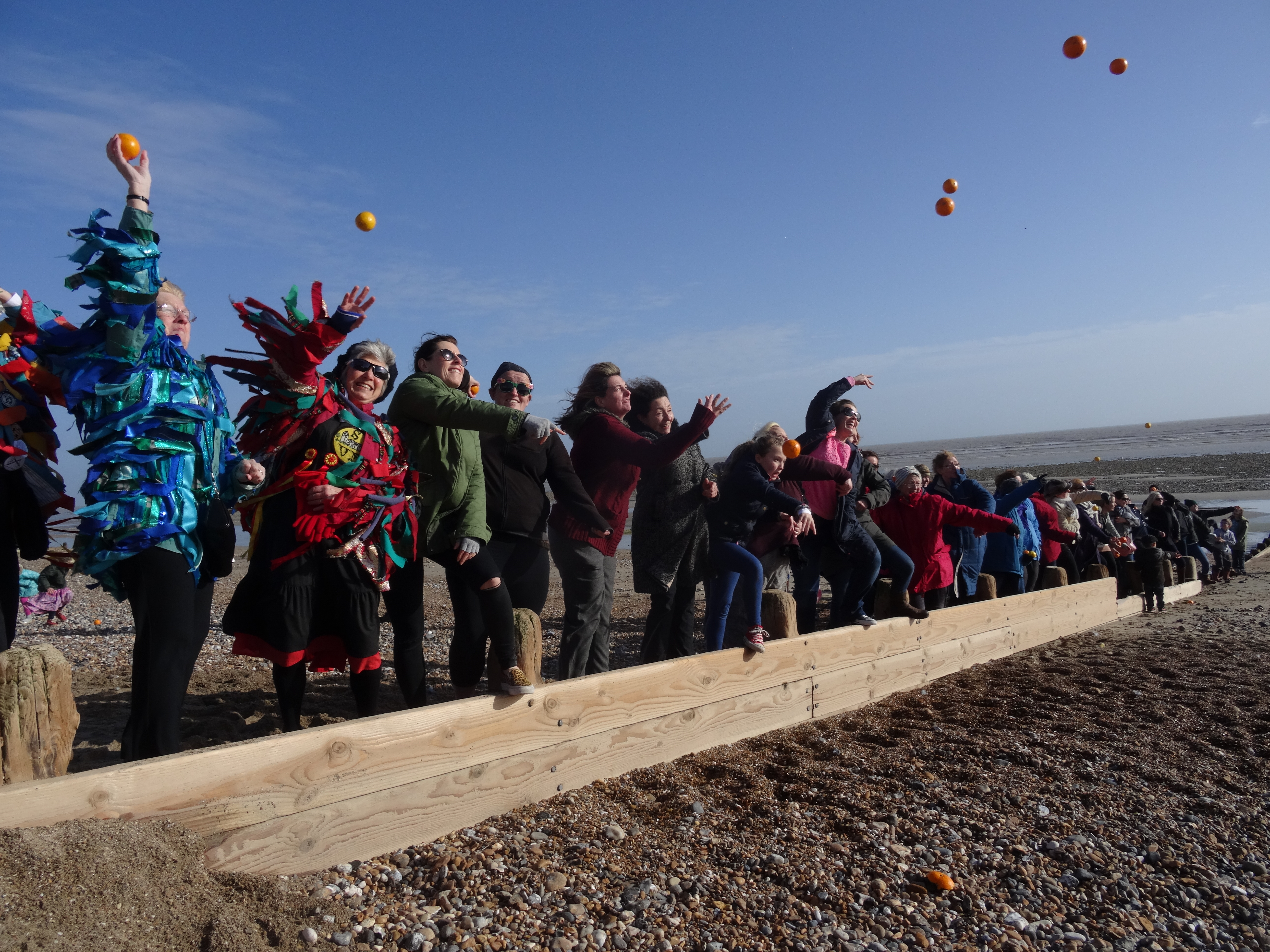 The prestigious Bayside Apartments being developed on Worthing seafront in West Sussex will offer many apartments glorious views of the South Downs and the rolling waves of the sea, and all benefit from the luxurious spa, sauna, steam room and swimming pool. The Bayside Apartments are only a short stroll away from the bustle of Worthing town centre; a town that has plenty of entertainment, wonderful restaurants, bars and cafes, and an interesting historical background that sees the town hosting a rather quirky annual event known as ‘Fruit Whacking’.

Worthing’s historical motto is ‘From the land of plenty and from the sea of health’ which proved quite true in 1901 when The Indiana Steam Ship collided with a German tank steamer The Washington a mile out from Worthing’s pier[1]. This caused a huge hole in the side of the Indiana where the cargo escaped the ship, leading to tens of thousands of oranges and lemons being washed up on Worthing’s beach. The towns’ people couldn’t believe their good fortune as free fruit was washed ashore which led to the majority of the town taking the week off work – even children were allowed to stay off school, as everybody headed to the beach to collect the washed-up fruit which was a real luxury in those days! Worthing’s motto rang true with healthy fruit from the sea being plentiful on the land.

January 2008 once again saw Worthing’s beach the home of a ships escaped cargo as The Ice Prince sank off the Dorset coast after hitting a freak storm. The crew were all rescued but tonnes of large planks of timber washed ashore. The beachcombers had small pickings this time around, as the timber was soon removed by contractors whom the shipping company had employed to collect and sell the wood, leaving the beach back to its former glory[2].

100 years on from The Indiana sinking and gracing our shores with fruit, the annual orange and lemon flinging competition known as ‘fruit whacking’ was born which involves locals throwing citrus fruit as far as they can along Worthing’s seafront. In 2009, to commemorate the timber washed onto the beach after the Ice Prince sank, it was decided that the two events would be combined to create the “Flingathon”. The Mayor of Worthing hits the first orange into the sea with a wooden cricket bat to represent the timber washed ashore, this is then followed by scores of people throwing numbered oranges and lemons as far as possible across the beach. The furthest throw wins a chocolate orange.

Whether you like sunset strolls along the promenade or flinging oranges into the sea, discovering more of the history or soaking up the culture and enjoying the entertainment supplied by Worthing’s museum’s, cinemas or theatres, Bayside Apartments are the perfect choice for combining luxurious living within this eminent South coast town.